Jemma just turned 5 during the sixth and final week of her first set of Hyperbaric Oxygen sessions. At her birthday party she stood up with a magician we hired and helped him with his tricks, laughing at his jokes and answering his questions with one-word answers. This was a miracle for my husband and I and those who have watched Jemma struggle with every milestone! Jemma was born a seemingly healthy baby but from 3 months old we realized that she had numerous developmental issues that ultimately resulted in huge delays in first crawling, then walking and more recently speech and the ability to connect with her peers and do the same things they do like drawing and coloring in.

Prior to these first dives Jemma had a very limited vocabulary and could only speak in 2-3 word sentences that only we could really understand. She was also not at ease with strangers. Arriving at this point had been the culmination of several years of applying every therapy and treatment we could find at great expense. Throughout all of these years Jemma has proven to be an amazingly stoic little girl despite all the difficulties and unpleasantness she has had to endure. Once she practiced continually for almost 6 months to learn to jump like her friends. She just never gives up! Now she wanted to talk so badly we had to try everything and so we had high hopes for the Hyperbaric Oxygen treatment. 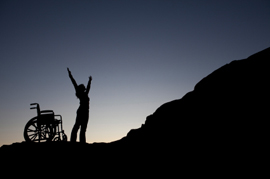 After just 5 sessions we noticed changes. She seemed braver, more confident and words started to come through. We had tears in our eyes and we held our breath praying it would hold. Finally she could tell us her thoughts and tell us what to do! Along with this came a surprising emotional maturity. She became a typical 5 year old in behavior and mannerisms. She knew what she wanted, bargaining with us when she sensed she could. We were shocked and even had to reach for some parenting books. Our child has come alive before our eyes, the staff at the Hyperbaric office and the teachers at her school. Pure joy! Another change we saw was the strabismus in her left eye was improving, this was great as we had thought she might have to have surgery to correct this. Unbelievable healing.